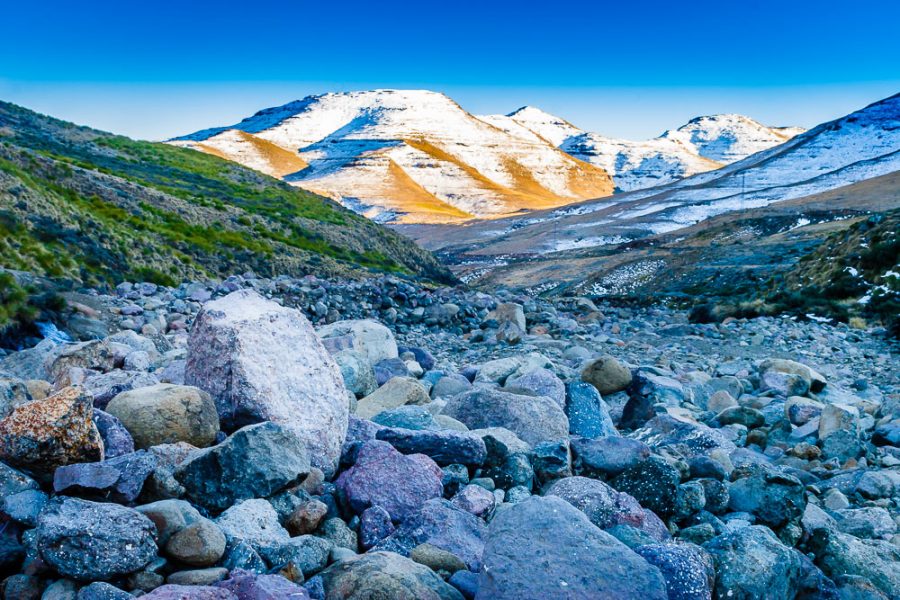 Firstly you need to change your camera settings to RAW and not jpeg. The difference between Raw and jpeg is big. Let me explain, jpeg images are a particular file format and in order for your camera to shoot a jpeg file, it does so by converting it to jpeg within the camera. In order to so that in camera, the processor discards vast amounts of information to turn it into a jpeg. When you shoot in RAW the camera does not discard any data and allows you to use every single mega pixel to your full advantage. So what I mean is that if you shoot in jpeg you are discarding valuable information in that photograph that cannot be retrieved and jpeg is all you have to work with.

When you have a raw file to work with you have all the information available to you and what you choose to change it to or discard is up to you, but you can only know this once you do a little bit of post processing.

Yes there are advantages to jpeg and some disadvantages to RAW but the advantages and what you can do with RAW far outweigh the advantages of jpeg. Yes RAW files are bigger and take up more space on your storage cards or hard drives but as mentioned before if you are serious about photography the price of bigger sd cards and storage devices are well worth it.

Another important little piece of information that is not well known is that all digital files degrade over time. Yes they degrade like a book would, every time you turn the pages of a book and the book is left over time it degrades, same happens to all digital files, and every time you open that file it degrades slightly. It might only be a very tiny amount but jpegs don’t hold their quality well over a long time, RAW files do.

Then there is the detail that you can pull from RAW. Sometimes we get it wrong, sometimes the exposure was not right, the lighting too high or low, the shutter open just that little bit too long. You miss getting the shot because your settings were not right, but in shooting with RAW you have all the information in that file to be able to pull back any highlights or bring details back from the shadows. RAW is your friend, my friend. You have the ability to come back to a RAW file years later and work on it. RAW will save your ass. It has saved mine. Also with RAW you have the ability to make really big file sizes by saving it as a TIFF. I always shoot in RAW. there was a time that I didn’t, very long ago, and I look at those photographs and wish that I had shot in RAW. As your editing skills develop over the years you will often go back to old files and rework them trying new techniques that you have learned and with RAW you can always revisit those photos knowing you will get something more out of them. I can’t do that with those old jpegs.

Anyway, I can write much more about using RAW but sometimes the best thing to do is to show examples of how this works so well.

Below are a few photos from many years ago, I thought they were dead pictures, no life, no decent colour, just not worth using, but I revisited them and tried some new editing on them and I was amazed as always by the details that I could bring back from the RAW files.

This is a before and after of a picture that I took in Lesotho in 2008 on an old 20D!.  I didn’t see anything in this picture, it was boring and was not great, until I came back to the raw file and worked in some colour and got the black and whites right then it suddenly popped. 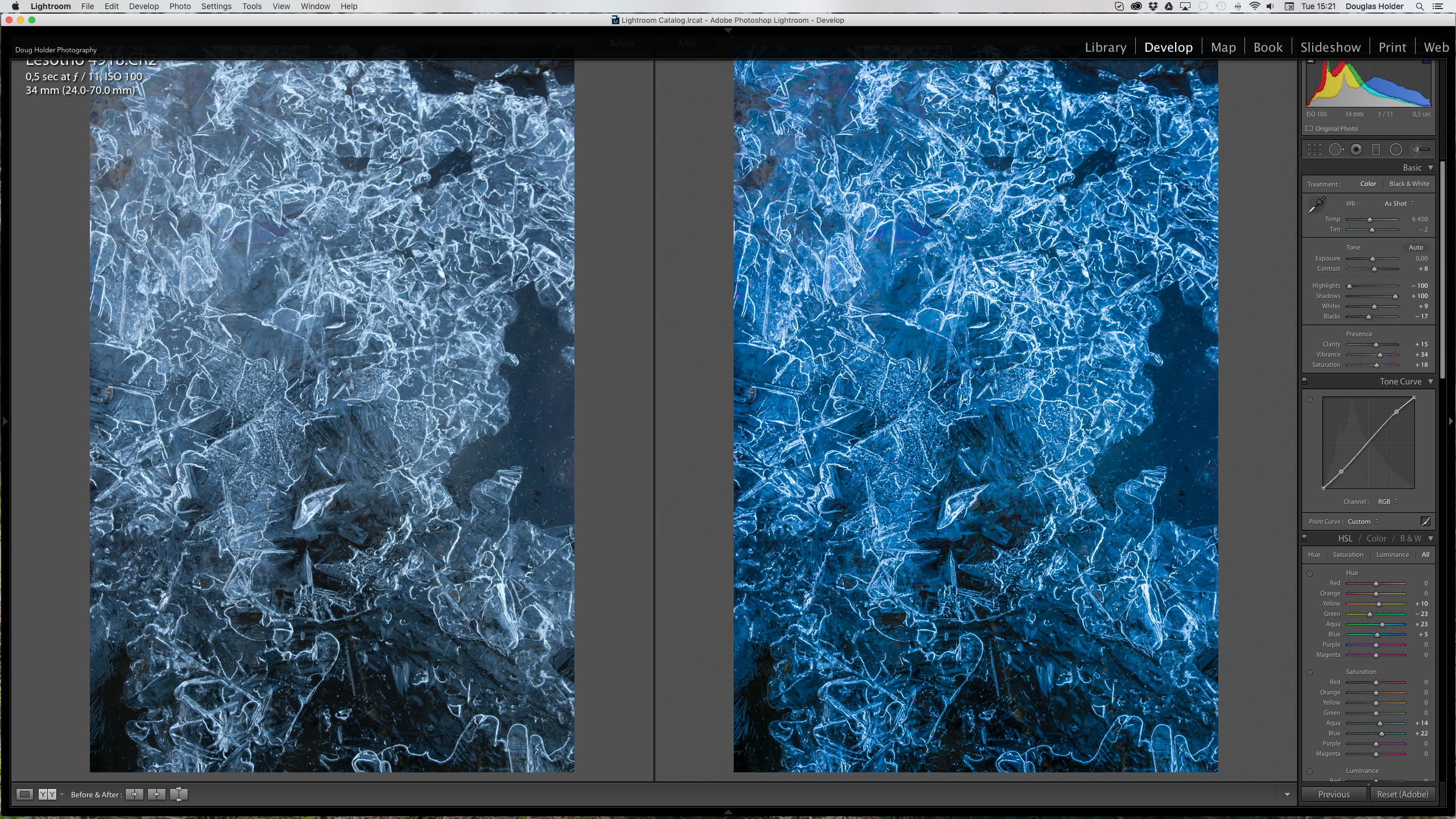 This one below was another one shot on my old 20D from 2009, again I knew there was something in the photograph, but with it being flat and dull it was boring. The sun was washed out and that was the centre piece for the whole picture. I was in a rush to get this shot but basically I just didn’t shoot it well enough. As technology got a better I realised that there was an option to bring back the details of the sky, and bang, boring photo made good. 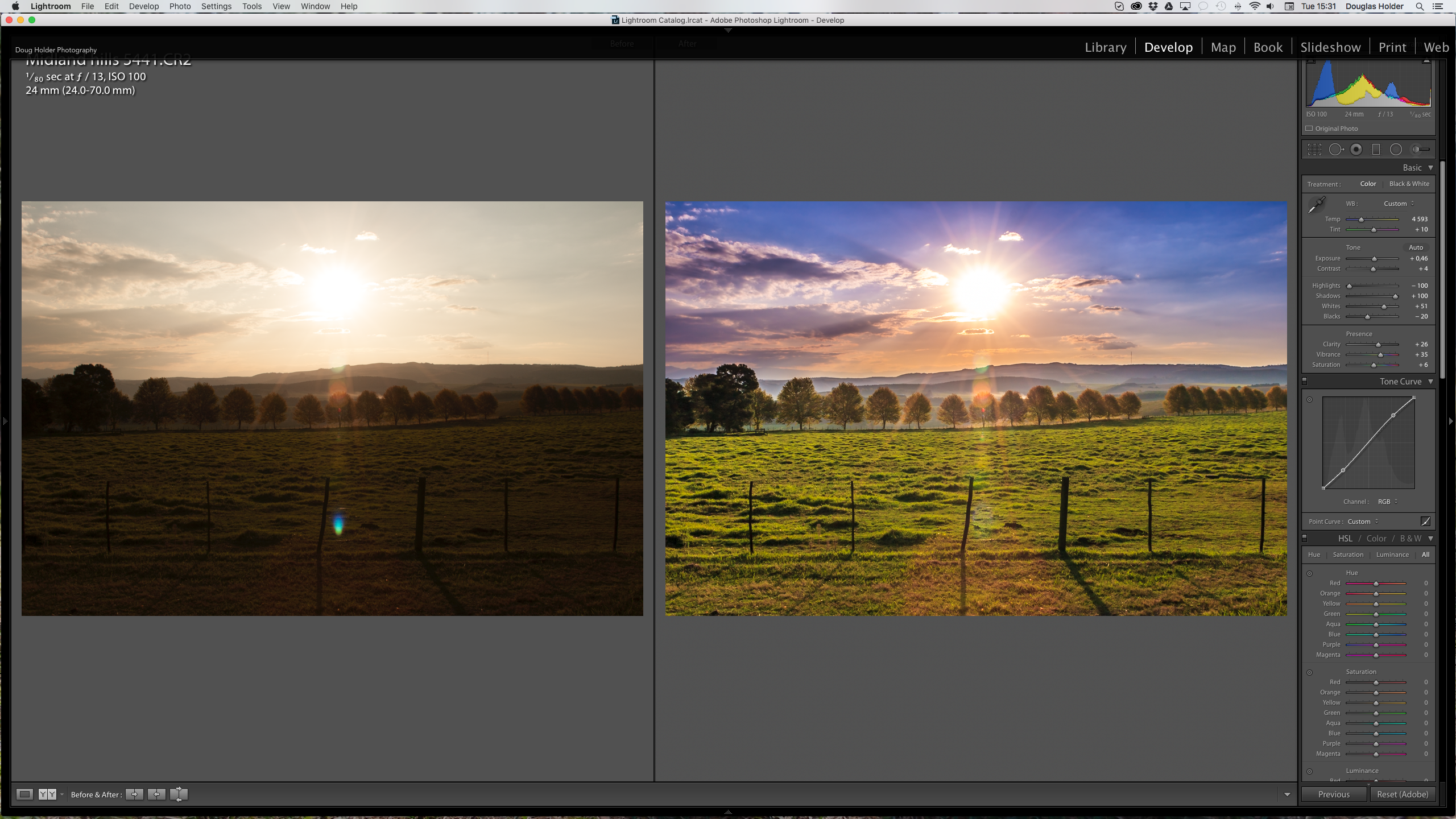 This was a shot that I did recently for a real estate agency. The shot was done at the right time of evening to be able to get all the colours out of it, but it was in the shade and flat and dull. I knew that it would turn out fine because I was shooting in RAW. I bracketed with three exposures to expose for the sky, the shade and the midtones, then I used light rooms HDR merge feature and further edited once it was merged.

This is the result 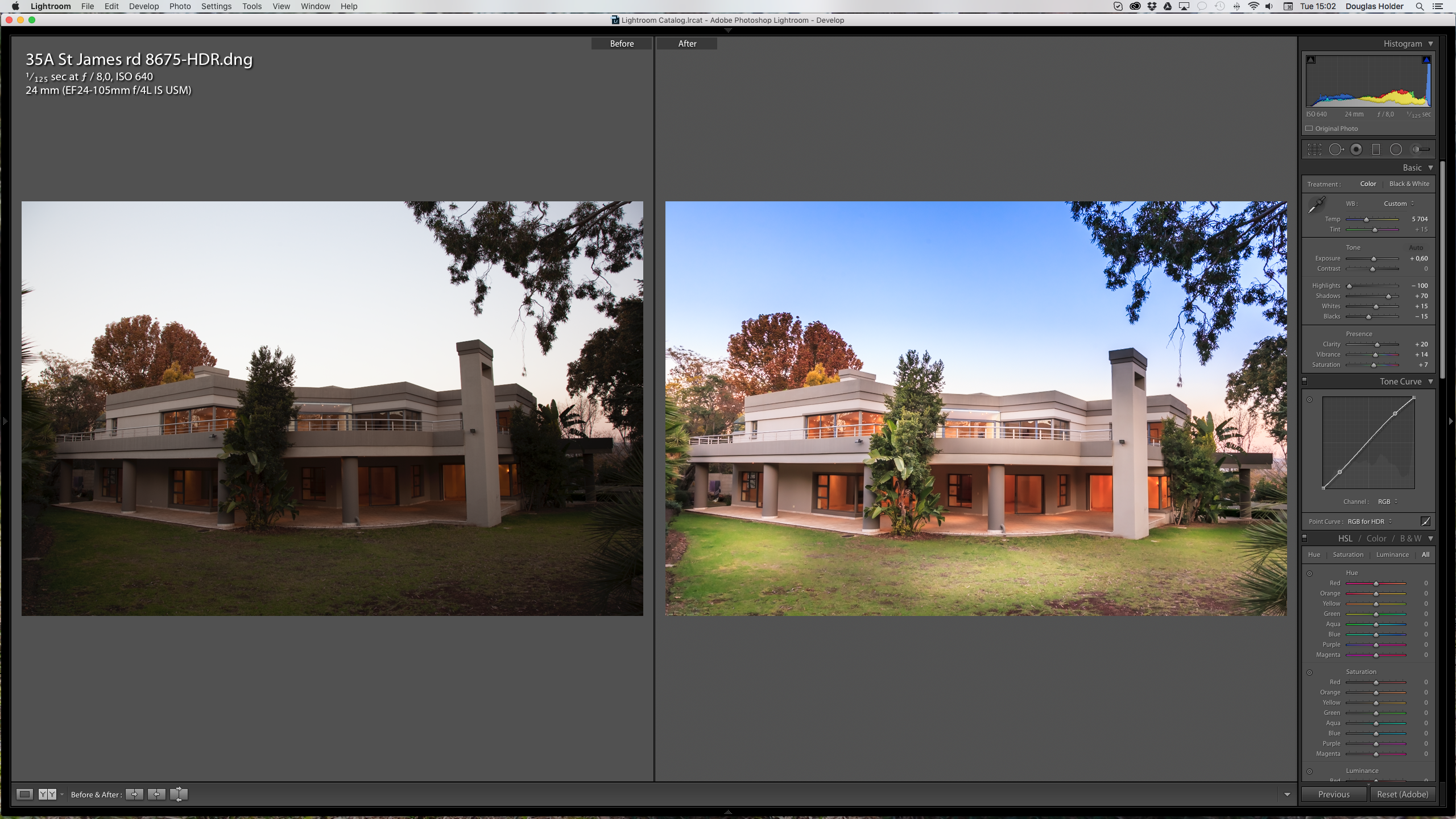 This screen shot below of the before and after has to be the best example of how you can use raw to bring out the details that you never thought were there. This was shot in Lesotho back in 2008 also on the old 20D.  I wanted it to be a nice photograph but I was so cold and had brain freeze and just got my settings wrong again! The sky was washed out and the colours were lost on the rocks, but thanks to raw it was able to pull all the details out again.

So there you have it, some great examples of how raw can work for you. Let me be very clear though, there is no substitute or amount of editing in the world for taking a great photograph and having your settings right and the right equipment in place. But there is always a little bit of editing needed in the digital darkroom and with the help of RAW you will be amazed at the details and flexibility that it can give you.